What if I told you, your small group leadership team could be bigger and stronger than what you see today? You could have enough small groups where every kid has a front-row seat in the circle. You could have volunteer leaders would stand shoulder-to- shoulder with you, carrying the weight of ministry? You could experience big attendance weekends don’t feel like a “brace for impact” moment but more like a moment you’re prepared for. Sounds pretty amazing, doesn’t it?

There’s this experiment I like to do when I teach in a group setting.

Using nothing more than marshmallows, toothpicks, and our own imagination, we build marshmallow structures. These structures can be as tall, as wide, as dense or sparse as the builder desires. We set to work with a 5-minute timer looming over our creative construction. When the buzzer sounds all hands go in the air. The first test of success is the “Stability Test”. Will the structure actually stand without your assistance? Those who survive the first test move on to the second test of “Best Design”. From there, finalists move into the third round of judging where a curveball is thrown their way.

Using a bucket full of bean bags, finalists are challenged to stack as many bean bags on their structure as they can without collapse. This final challenge is usually met with wide eyes and a gasp of breath. Nobody knew that bean bags were involved. Nobody planned for this reality. Faced with uncertainty, the only thing they can do is pile on the bean bags and hope for the best.

IT ISN’T A GAME

Have you ever felt this way with your Sunday Morning Small Group Leader team? There was a season when my ministry felt like the third round of this competition. I would spend my week building my Small Group Leader team believing that all it had to do was hold together for the coming weekend. Though it stood up on its own and looked pretty good from the outside, it was not designed to bear the weight of ministry I was asking God to bring. I was in a perpetual cycle. On Monday morning, I’d hit the ground running trying to shore up my SGL team. I worked feverishly replacing toothpicks and fluffing up marshmallows that had been smashed under the weight of a

I was in a perpetual cycle. On Monday morning, I’d hit the ground running trying to shore up my SGL team. I worked feverishly replacing toothpicks and fluffing up marshmallows that had been smashed under the weight of a bean bag. As the weekend approached, the only thing I knew to do was to take a deep breath, hope for the best, then do it all again 7 days later. Over and over and over again.

In the midst of all this frantic paddling, I kept reading blogs and listening to leadership talks about layers of leadership. The concept of raising up volunteer leaders and empowering them to help expand my span of care sounded amazing, But I had just one question. HOW?

That’s the pivotal question, right? Most people don’t ask “Why?” We get why! The question most of us have on the tip of our tongue is “HOW?” Let’s answer that question. Let’s demystify the magic behind great Small Group cultures. It won’t surprise you to know that it’s built on more than toothpicks and marshmallows. Actually, it can bear far more ministry opportunity than you can imagine. Though ministry contexts vary, the framework below is one that translates to a variety of leaders and teams. It’s a matter of replacing flimsy toothpicks with solid beams of steel. We’ll start with an Organizational Chart.

Tomorrow, we’ll talk about six components to a ministry framework that I’ve used to structure a growing small group ministry. The framework thrives in large and small environments and can help you establish the structure your ministry needs. 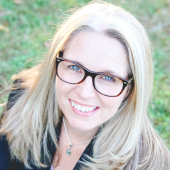 Burger King: A win for creativity and details