3D video games are just around the corner

It looks like my post from Monday is well on it’s way to getting several of my male readers reprimanded by their bosses for productivity issues and in trouble with their wives. Sorry about that. I had a feeling that it might happen. I would be curious if there was a single female reader who actually played at least one of the Nintendo games on the site? Come on, just one?

We’ll, in case you haven’t heard, 3D is the next big thing in media. As you know, Avatar totally kicked butt at the box office this year not because it was a great story, but because it was a fascinating 3D experience. When I hear that someone went to go see it in 2D I just shake my head. It just doesn’t make sense. At CES this year, the hot item was 3D TVs. Tons of them. The word on the street is that within a few years, most TV’s will be 3D capable, you just won’t have to use it in 3D mode unless you want to. In addition, there are a lot of rumors that sports will be one of the first content providers to dive heavily into 3D. 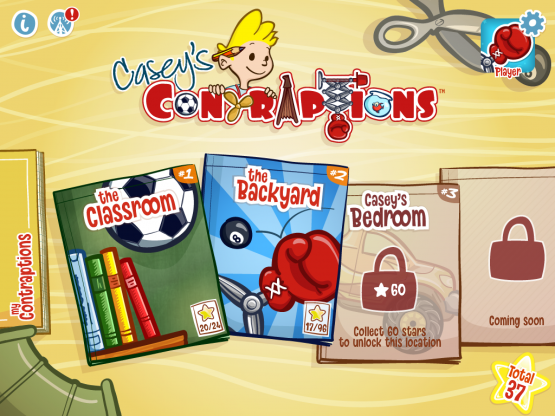 App of the Week: Casey’s Contraptions