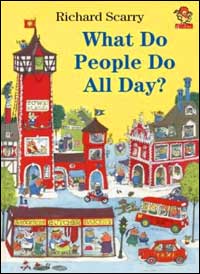 Just curious. I have a two and a half year old boy who LOVES Richard Scarry books. A few months ago he discovered my wife’s Richard Scarry book she had when she was a child. He’s ripped the cover off, but he still loves it. For Christmas, he got a new book that’s all about cars and it’s a bed time MUST READ. As often as I can, I try to sneak in a quick Bible story, but it’s just not holding his attention. He wants his Richard Scarry book.

Does anyone know if there is a Children’s Bible (geared to the 2-4 year old age range) similar to this style of book? When reading it, I feel like were looking at a “Where’s Waldo.” There’s so much to look at and so much going on. Titus just loves exploring the pictures, describing the things he knows. He just loves it. So many Children’s Bibles (although there are many that I absolutely love) have simple illustrations. They’re good, but fairly simple. I’m thinking of a Bible story book that looks in on the Israelites while in Egyptian captivity and you see no less than 30 people at work, some making bricks, others gathering supplies, some doing other work. In other scenes you have Jesus healing someone in the street and the scene is a busy street with merchants, children running around and playing games, animals in various places all in addition to the gathering crowd surrounding Jesus.

Has anyone seen something like this? I think my son would LOVE this. I could be wrong though. Perhaps Jesus would need to be in a purple station wagon with all his disciples headed toward the airport where there are helicopters, airplanes and hot air baloons. Oh, and Jesus would be a furry dog and his disciples would be monkeys, squirrels, foxes and other animals. Yeah, I’m pretty sure that book isn’t being made… but Titus would love that one too. 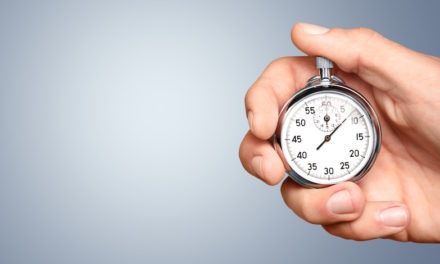 Checklists: Timing is Everything