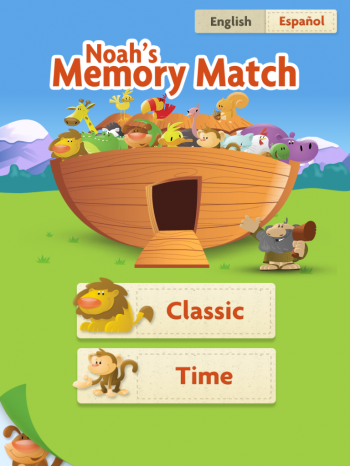 Last week I got an email requesting me to review a game for my iPhone/iPad. That’s a first for me. I was sent a free sample of the game and I LOVE IT! Let me tell you about it.

The story of Noah’s ark will be brought to life in your child’s imagination in Noah’s Memory Match. With five levels of difficulty and two games modes your child want to play again and again.

In addition to building memory skills, Noah’s Animal Match builds language skills with the ability to play in both English and Spanish. With high quality voice acting through the entire game, your child will learn the names of animals in both languages.

This was a first class game developed by Playpen Games, a group of dads who make family friendly games for iOS, Android and Nook Color. If you have a preschooler and one of these devices, you need to download the game. It’s only $.99 which is a fair price for this quality of a game. Titus and I played it at bedtime the day I downloaded it and he LOVED it and laughed and giggled the whole time at all the animals and noises.

Click here to get this game for your iOS device. Click here to visit Playpen Games and see their other games. 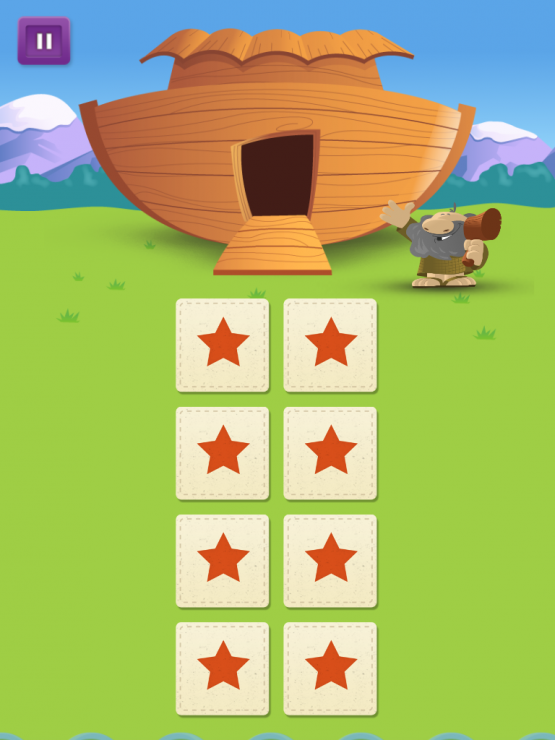 Is Apple going to change our lives today?