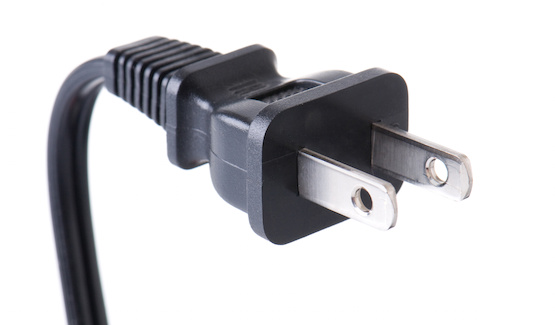 So I’m about 14 days into my 30 day Chromebook challenge. I thought I’d give an update and next week I’ll provide some details on what tools I’m using. However, I had a situation this week that was worth nothing and I felt I needed to make an announcement.

There, I said it. For three hours yesterday, I used my Macbook Pro (which has since come back from the shop). Now before you give up on me, let me share what happened and what I learned from the situation.

I’m a purist and when I take on a challenge, I go all in. I can be very competitive and pretty black and white. Here’s an example. We use an web-based payroll system at Gateway and currently, the page isn’t working with Chrome. Rather than opening up my Macbook to approve time cards, I’ve been working with the staff over payroll to help me right now so that I wouldn’t have to use my Macbook.

So, here’s what happened. On Monday, I flew to Lancaster, PA for the Orange Tour. I flew out Monday afternoon and came back late Tuesday night. I actually had a couple of hours at the Austin airport before flying out and spent that time getting some work done. My Chromebook has really great battery life. I typically charge it at night while I’m sleeping and work off one battery charge for the day. About an hour before my flight, I decided to plug in for a while so that I’d have plenty of power while on my flights. I reach into my backpack and realize that I didn’t have my power cord. Oops. It was the only computer I had, so I had to figure out how I would manage the 2.5 hours of battery life I had left.

I ended up primarily reading on my flights and was pretty busy in PA, so I didn’t end up using the remaining 2.5 hours of battery life. However, I discovered that I had left my power cord at the office and wouldn’t be going back to the office until Wednesday afternoon and I would be putting in 6-8 hours of computer work before I’d get to the office. I really didn’t feel like driving out of my way to the office just to get my power cord, so I used my Macbook Pro until I got to the office.

So, here’s what I learned – the positive and negative.

Negative: When in Lancaster, I was surrounded by people with Macbook Pros. If I had been using my Mac, I could have charged up using someone else’s power cord. Not many people are using the Chromebook, so I was out of luck. With 1000 people at the Orange Tour, I bet I could have found someone with a Chromebook power cord, but it didn’t seem worth it to find that one person. So, when you misplace your power cord, you might be out of luck.

Positive: When I realized that I was without power, I didn’t know where the power cord was. It could have been lost. I had an incident at the airport with my bag and thought that I might have lost it when running to catch a flight. So I got on Amazon to see how much a replacement cord would cost. It was a whopping $11. I bought one immediately and had it delivered to my house for Wednesday. If I lost my Macbook power cord, it would have set me back $80, easily a third of the cost of my Chromebook. Now I have a cord to keep at the office and one to keep at home or even in my backpack.

So, I’m only half-way though the challenge and things are going pretty well. I’ll keep the updates coming. There are a few quirky things I run into here and there, but they don’t shut me down. This is totally doable.

Switch to Dreamhost: Save money and be happy