Dinner with the Lads

Last Wednesday, after our coffee with Kennedy and Kummer, Sam and I rushed down to Franklin, TN for a dinner appointment with the Lads Band. On multiple occasions I’ve attempted to book the Lads for an event at my church. Both times either the even changed or they weren’t available. However, I got to know Steve King from the band through our back and forth emails. Since I knew I would be in Nashville for my infuse retreat, I tried to see if we could connect for dinner or something. 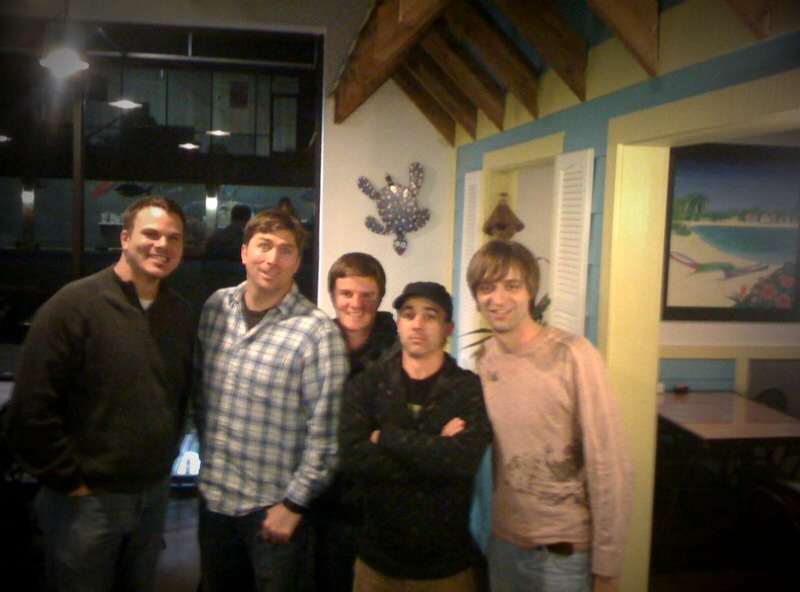 We had such an incredible time. I first fell in love with this band when I heard their song “creator” back in 2002 or 2003. Their music video of that song made it to the annual WOW DVD (Do they still make those?) and it was such a fun and funky song. I know that Fellowship Church made that song one of their staples in kids and wore it out. Now the Lads have targeted older elementary kids, and they’re so passionate about it.

Here’s what I loved about the Lads. They’re not just a performance band. They totally on mission to impact kids at the most critical age. They put on a great show, but they want their ministry and impact to last beyond the show. They’ve put together some great devotional material, cool comic books and DVDs that kids can use beyond the show for a lasting impact. When they’re not touring, they’re hard at work developing new tools to impact kids.

For about two hours, we talked about life in the United States (they’re from New Zealand), ministry we’re all involved in and about how we can better reach 3rd-5th graders. These guys are so passionate about their mission. They’re the real deal for sure! I’m just so glad I got some time with them like I did. I’m a big fan now. If you’re looking for a great band for your VBS, Camp or for no reason at all, you should do everything you can to book the Lads. They’re phenomenal. I was telling my wife that I just with they were neighbors, they were so fun to hang out with. Click here to visit their web site for more information about booking them, getting resources and all that stuff.

They sent me a packet of all their stuff that I’ll be looking over and I’ll put up reviews on this site in the coming week.

Crowdsource your next design