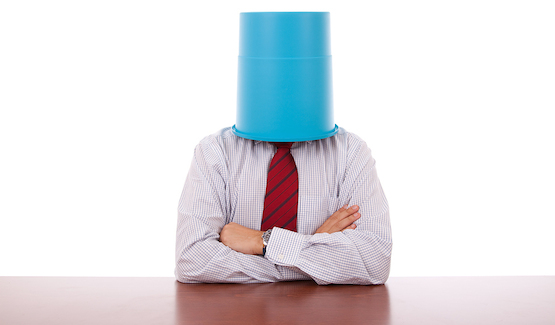 I had this idea yesterday that made me both laugh out loud and cringe at the same time. I was talking with a new staff member about a room in our kids building. For as long as I’ve been at Gateway, this room has been a volunteer room. It’s where volunteers check-in, where we have quick volunteer meetings and it’s also where we do volunteer orientations. It used to be an early childhood environment called “Mini-Mess Hall.” I know, weird. It had this theme of mice cooking… I know, not any better. Regardless, it’s been a volunteer room for more than 6 years. We actually painted it to not look like a themed early childhood room two years ago, but the sign outside the room still states: Mini Mess Hall. When we promote a new volunteer orientation, we direct people to “Mini Mess Hall.” It wasn’t until my new staff member asked about the name of the room that I realized, “Why have continued to call this room “Mini Mess Hall? That’s stupid? It makes no sense at all? Why wouldn’t we call it something that communicates what it is?”

Then I realized how many stupid things we do and say in our ministry that have simply become normal to us. For four years, we’ve called a special room for kids who come from multiple services because their parents serve “The Fun Service.” Seriously? What were we thinking and why did we allow this for so many years? Was that the best we could come up with?

Mini Mess Hall and The Fun Service are just examples of stupid things that we let become normal. Fixing both of these things would be fairly easy and inexpensive. Why has it taken us so long to fix them? Because we got used to them. They became normal. They don’t stick out like a sore thumb anymore.

I’m amazed by our capacity to allow stupid things to become normal. This is why it is so important to have fresh eyes in our environments. Invite people who aren’t afraid to tell you that something you’re doing seems stupid. When bringing new staff onto your team, have them evaluate as much as possible before things become normal to them as well.

Leading a child to faith