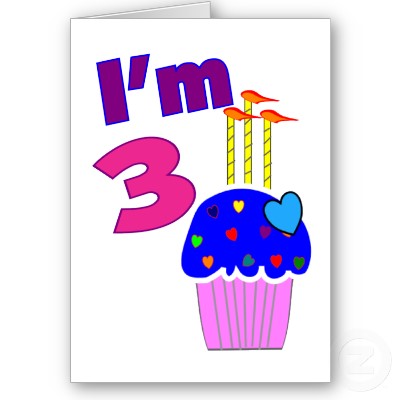 Yes, today is Easter. However, it’s a very special Easter because it’s also the day this website turned three years old. It’s a special birthday because I also hit a pretty huge milestone yesterday when I wrote my 1000th post. It almost feels like the odometer flipped and I’m starting back at #1 all over again. So, here’s my first post of the new millennium.

So, for the last two years, I’ve reviewed the previous year for this blog and then set goals for the coming year. So, let’s take a look at how I did. Here were the goals I set:

And here is what I actually did.

So, I hit one of my four goals. In some people’s books, that would be considered failure. One out of four is just 25%. However, these goals I set last year did actually drive me at a very intense pace this last three months. As a result of hitting the first goal, it enabled to get me pretty close to two of the other three goals. I’ve heard a saying all my life, “If you aim at nothing, you’ll hit it every time.” However, another quote I really like is, “Aim for the stars. If you miss, there’s still a great chance you’ll hit the moon.” I aimed for the starts and I’d recon I hit Saturn. I’m very satisfied with my trajectory.

So, what about year four? I hope this doesn’t disappoint, but I’m not going to lay out the goals like last year. To some degree, my goal-driven personality about got the better of me. I really didn’t need to hit 1000 yesterday, but since it was my goal, it would have been really hard not to hit it. I’ve also got some other projects I’m hoping to work on this year. I’d be surprised if I came anywhere close to 550 blog posts this year; however, I think I would like to hit around 300 for sure. Everything else is up for grabs. I have certain things I hope to develop and improve on when it comes to this blog an other ventures, but not really things that can be numerically tracked like visitors and page views.

So, thanks for sticking with me another year (or joining me this year). Here’s to one more!

Remember, remember the 5th of November