Several of my friends have a recurring theme day for their blog. My friend Sam has YouTube Friday. Matt has a bunch of theme days like Ministry Monday’s, Two Minute Tuesdays and Sign Wednesdays. I’ve never had one of these because I’m avoiding that kind of commitment. Sad, I know.

So, I’m starting a theme day, but it isn’t committed to any particular day, or that I’ll even post along this theme every week. How’s that for commitment?

Yeah, I know. It’s kind of dumb. However it’s a recurring thing for me. I’m somewhat a big fan of fonts. I have way too many on my computer. Every now and again I’ll spend several hours on a free font download site and download fonts I think I’ll use for ministry. When designing something, I almost always spend the most time selecting my font. Being a font nerd, I tend to notice fonts out there. Sometimes I’ll see a font and think to myself, “Oh, they used Bauer, I used that for my camp slogan in 2003.” I always think it to myself because if I’m in the car riding with a bunch of co-workers and I see a billboard using the “bauer” font and I blurt out, “Hey everyone, that’s the font I used for my 2003 camp slogan,” they’d never let me down. Ultimately, nobody really cares.

So, there are some fonts that are WAY OVERUSED! I’m not talking about classics like Ariel or Times. For some reason while in college I used New Century Schoolbook. These generally are not overused. It’s the specialty fonts that I’m talking about. The one that drives me the craziest is Algerian. I HATE it. It is an “old timey” looking font that looks like it belongs as the window lettering of a 19th century country store. I absolutely hate it, but I really enjoy looking for it out in the wild. I typically see an instance of it every week or so, either on signs, products and occasionally someone on my staff will use it on a document to purposely get me going.

The other font I hate is Comic Sans. If you work with kids, you’ve used this font. More than likely, you’ve overused this font. When I can occasionally tolerate this font on a banner or sign (okay, I lied… I can’t even tolerate this font on a banner or sign) I go absolutely insane when a preschool director uses this font to type a 40 page volunteer manual. Sure it “feels” like kids, but I’m not going to write the entire volunteer manual in crayon either, am I? But I’m not going to have a “Comic Sans” day because you don’t really find it in the wild that often. Almost exclusively I find it as the font of choice in documents and signs created my teachers and children’s ministry staff.

So, starting tomorrow I’ll post Algerian as I found it out in the wild. Ever week or so, I’ll post other places where I’ve found it. If you see it, take a picture and send it to me with information on where it was found.

Searching for a Student Pastor 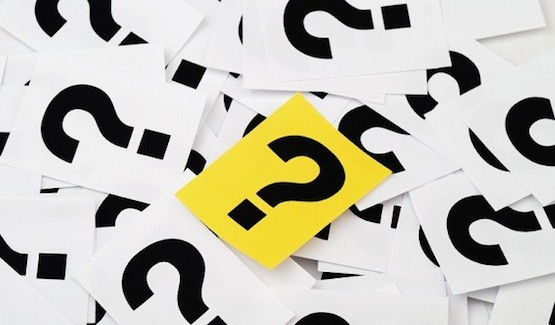