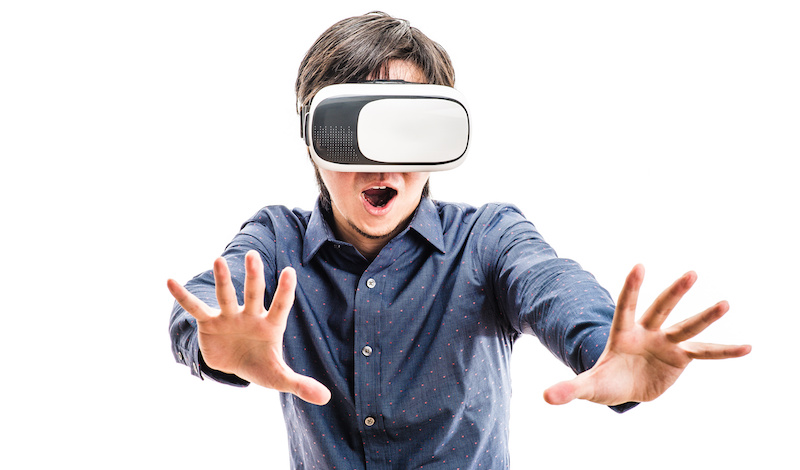 This summer I was able to experience something I hadn’t expected. On my cross-country travels, we spent a few days with my wife’s sister’s family in Atlanta. We have kids close to the same age, so that’s a hit. Sara is obviously close to her sister and my brother-in-law, well, he’s seriously into tech.

I had just arrived from a day of travel. I was sitting on the couch and he asked me, do you want to check out my new VR headset? I did a double take.

Did you just say VR headset?

I’d heard a little about the recent releases of VR headsets and such, but I hadn’t really been compelled to seek it out. Usually that kind of stuff isn’t as impressive as I would have hoped. He produced a white headset and snapped his Samsung phone into the front and handed it to me. I didn’t realized that it was his smartphone that was powering the VR experience. I was beyond intrigued.

The only way I can describe the VR experience is that I felt the same way I did when I saw James Cameron’s Avatar for the first time on an IMAX screen. Forget the story – it was a visual masterpiece. I had never experienced 3D in this way and it was jaw-dropping amazing. I stood in my brother-in-law’s living room, but my mind believed I was standing on the deck of a boat in the middle of the Amazon. Everywhere I turned, there was something to see, above me, behind me, below me. Fantastic!

After about 10 minutes, my eyes needed a rest. It was a little straining to my eyeballs – sometimes like watching 3D. But I sat there and thought of the implications.

Real Estate: I had just finished buying a house. We actually bought the house sight unseen. We had a great realtor who walked us through the house with her phone. With Facetime, it was like we were there. However, what would be amazing for prospective homebuyers would be the ability to walk through a virtual reality tour of the house where you can stand in every room and see every corner of the room from the comfort of your own home.

Training: Need to learn how to do something? Manuals are great. YouTube videos are even better. Depending on what you’re learning, a 360 degree immersive experience could be unbelievable.

Although VR is in it’s early stages, it’s growing rapidly. There are hundreds of VR apps available for the iPhone and Android. There are thousands of 360 VR videos already on YouTube for watching both pro and user generated VR content. Even the Rio Olympics is broadcasting nearly 100 hours in VR.

What about Kidmin? It didn’t take long for me to think about the ways VR could be used in Kidmin even today.

I’m picking up the View-Master Virtual Reality Starter Pack later today, as it works with just about any phone. Expect a review sometime next week or so.