Maybe you noticed the blog was a little quieter last week than normal. Why? Life happened.

As you may know, I relocated to Austin, TX three months ago. We moved into our new house two months ago. One week after moving in, a summer intern moved into our guest bedroom. I haven’t said much about him on this blog… but I will. He’s incredible and he’s going to be big stuff someday in the world of CM. In my book, he already is.

Well, it all started about three weeks ago. A good friend from Fort Worth and his girlfriend came down for a weekend visit. It was a lot of fun… but we did stay busy. Two days later, our good friends who are missionaries to Burkina Faso came in for a visit. There were four of them. We moved Titus into our room, put their two kids in Titus’s room with sleeping bags and Heidi and Joel graciously slept on twin mattresses on our living room floor. Two days after they visited, we hosted two Iraqi exchange students for dinner (I’m still meaning to blog about that experience). The following weeks was fairly un-eventful. One of my co-workers (who I’ll refer to as Wu) arranged a party/get-together at my house for the next Saturday. Two days before the party, some teenage friends (they were kids in my ministry in IN… their dad was also my boss/pastor) called to say they’d be coming through and would like to spend the night with us. They would be arriving the night of the party. Then comes Saturday. Sara and I spend a good bit of the day getting the house ready. 18 people show up for Wu’s party. Then the teenagers arrive, but most of the family comes in to visit for an hour as well (six of them). On that Sunday night, we have a house-full again and as we’re all playing some games, my phone rings. It’s my best friend from High School, who I haven’t seen in almost 4 years. He calls to tell me he’s flying into Austin in an hour and wanted to connect. 90 minutes later he’s in my living room. He stayed for 4 days and we got together just about every night. Then on Tuesday the teenage friends call us to let us know that their Aunt who lives in Austin just passed away and the neede a place to crash possibly until Sunday. Sure, why not? Then, on Wednesday, I get an email from a good friend from Fort Worth. He’s sorting some “life stuff” out and wanted to crash for a week with the Conley’s. Sure, why not?

So, that is what my last few weeks have looked like. For the most part it has been pretty spread out, but for the last 7 days, our house has been Grand Central Station. It’s been a lot of fun, but we’re a little tired. In a few weeks summer will be over (no more vacationing visitors), our intern will be going home and Sara, Titus and I will have our little house to ourselves again. Then, maybe we can finish unpacking… 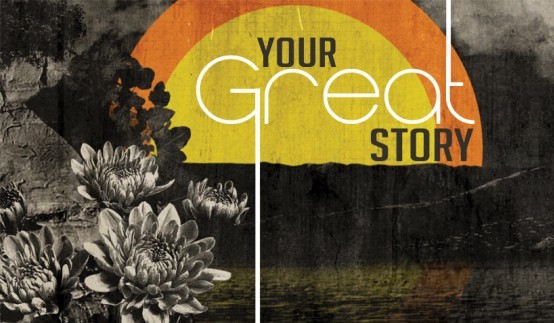