I am what I am and I’m not ashamed. If you ask me, “So Kenny, what do you think about missions,” be prepared for some very strong opinions. You’ll certainly get more than you bargained for. Yes, I’m very idealistic. True. However, I think that my opinions aren’t totally grounded in my idealism. I’m a very logical person and when I see something that makes a lot of sense and other people just don’t see the whole picture, I can get very passionate about these ideas. This is the reason for my snobbery.

Here’s the deal. The needs in our world are great. I’m not denying that. There are needs on every corner of the globe. Kids are starving, people are being enslaved and hospitals need to be built. The needs are great. However, if you only have a certain amount of time and a certain amount of resources, wouldn’t you want that to go where the need is greatest? Do you just give to the need that is loudest or easiest, or do you give to the need that is most helpless? Logic would tell me that at times, there is a need to prioritize. Sure, the local single mom’s clinic needs money (and is a worthy need), but there are scores of individuals and organizations that are available to help… but there are needs out there that have little access to any resources or any help. That’s where I want to meet a need.

I am a factual person. Let me share with you some facts:

Currently there are about :

These 1.6 billion people are considered the worlds most unreached peoples.

Here’s what makes me sick:

Out of the 400-500 thousand missionareis in the world:

That’s a shame people. How unbalanced is this?

When it comes to giving to missions:

Here’s a quote about this injustice from GlobalÂ FrontierÂ Missions:

There is a lot of talk in the Christian world today about fighting injustice (human trafficking, slavery, AIDS, poverty, etc.) and we believe that those are issues that are near to God’s heart. But we also think that it is a huge injustice that 2000 after Jesus said to go and make disciples of all nations that only 2.4% of our missionaries are going to the 1.6 billion people who have never had the chance to hear the good news of the kingdom!

This is why I’m so focused on the unreached. A few years ago when I took 20 4th and 5th graders to Mexico, we spent a lot of time praying for the unreached. I considered this trip to Mexico as training ground. It was a time to sow seeds in the hearts of these kids. The trip to Mexico wasn’t “THE MISSION” but a means to the end. Yes, Mexico needs missionaries, but I could list off 20 nations that need more.

My wife and I tithe to our church first and formost. After this, we give toward those who are working among the unreached. We also give to kids and teenagers going on trips as we see it as an investment and missional seeds sown into their hearts. I don’t hate orphans. I don’t hate medical projects inÂ Jamaica. I don’t hate missionaries in France. There are lost people and needs all over the world. I’m going to give to the need that is greatest and it happens to be the 1.6 billion unreached. If I’m ever going to jump on a bandwagon and rally support behind a missional cause, it is almost always going to be related to the 1.6 billion unreached. That is why I’m a missions snob.

“Harvest rots in the field no one is there to harvest it.” 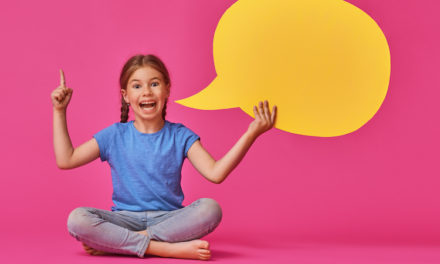 Map your ministry with Google Earth