My new friend Dawn shot me an email asking me about what my church (being multi-site) is like. If you are closely involved in the multi-site movement, you would know that every one is different… kind of like snowflakes. My snowflake is Cross Timbers Community Church and it’s been a very cool ride for me, not without a few bumps along the way. I can say with complete confidence is that we are different from a lot of other multi-sites, but even more so, we’ve been evolving since this trip started. Let me explain my journey…

JustÃ‚Â a few years ago I was the children’s pastor at a large Southern Baptist church in southern Indiana. It was my first full time gig and I was definitely growing. My church didn’t exactly fit the mold ot the traditional Baptist Church, but it was by no means cutting edge (not always a bad thing). While at a conference, I picked up a book called Beyond the Box and it rocked my world. I knew at that moment that I wanted more… I wanted to be a part of an innovative church. I called it a next-level church. What really struck me was the multi-site model for ministry. I loved it and thought it would be so great to work in that kind of environment.

Ã‚Â Well, within a year and opportunity came for me to relocate to a church in Keller, Tx (DFW). It was a smaller church, but definitely on the more innovative side of things. The church was only 1/4 the size of my previous church, but I didn’t care. I felt the freedom to spread my wings and try something new. Long story short, this new church I moved to had suffered a few staffing setbacks and had a momentum problem. A little over a year later, we were really struggling financially. At that very moment our senior pastor met with a good friend to ask for help. After about a week of meetings, this friend (Toby Slough, the Senior Pastor of Cross Timbers) and leadership decided to purchase all the assets (and debt) of this stuggling church and make it the first “off-site” campus of Cross Timbers Community Church. I found out the day before Thanksgiving and our first service as CT was the first Sunday in January. That was 18 months ago and the Keller Campus has trippled, going from one service to four services (two live and two video). For me this wasÃ‚Â a dream come true, I could really sense that God had ordered my steps.

Within a few months, the leadership approached me about moving out of my role as the children’s pastor at the Keller campus and being the Central Children’s Pastor. Since the main campus was without a CP and there were plans to plant another campus in Denton, it was my job to hire three children’s pastor, one for each campus. While in this process, I became very involved in managing a staff of 5 in Argyle. They had been without a leader for almost a year and things were a mess. So for about 4 months I was the children’s pastor at Keller and then managing the Argyle staff of 5 (yet not attending services there) as well as planning the Summer Outreach and Summer Camp programs… oh, and looking for and interviewing CP candidates. It was a whirlwind experience. By August, I hired two of the three children’s pastors. Both had never been children’s pastors (one never in ministry) and I spent most of my time with my new hires training and mentoring. Technically, I was not their supervisors, they reported to their campus pastors and I was more of a coach. However, I was more involved with these two than they were with their direct reports. We had our share of bumps… which I’ll share in another post, but overall things were pretty good. We were all working together, dividing responsibilities and helping each other out. The student ministry reflected this same model as well.

In December, church leadership decided to make a change. For a variety of reasons, the decision was made to decentralize both children’s and students. The central student pastor and myself each took full responsibility of a campus ministry and were considered team leaders. I would attend management team meetings and represent the children’s ministry, but my relationship to the other CP’s was now on a peer level. This sudden downshift was fairly bumpy and not without some conflict. There were some processes that had been in the works for some time and made things uncomfortable as boundaries got a little blurry. Only about two months later, leadership made another decision to try something really new in our multi-site model… that was to give every campus more autonomy. Almost everything was decentralized… except for finance. At Cross Timbers, this is where we are now. Because the jury is still out on the best way to do multi-site, this is really an experiment. We’re still small enough to try some different things without causing major issues. It’s been hard and frustrating at times, but I’m so thankful to be at a church that desires to be innovative and not afraid to try something new.

I can’t really tell you where Cross Timbers is headed next. The only thing I can confidently say is that I expect things to change… it’s one thing we do well. I’m looking forward to the adventure and I’ll be sure to blog the journey.

Collaborating is good for your church! 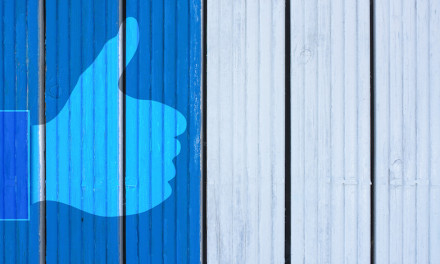 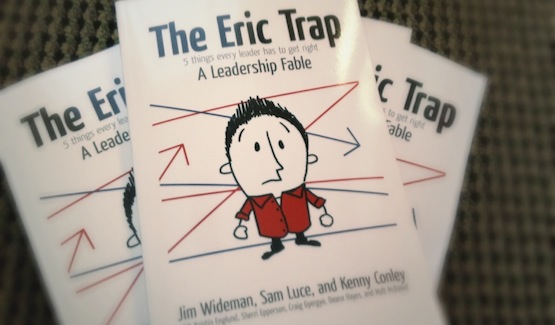 The Eric Trap has arrived… kinda