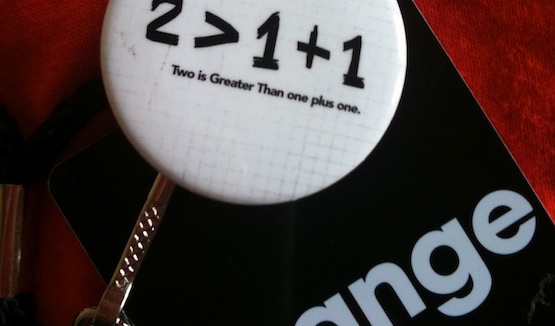 Orange 2013 is a big one for me. It was almost exactly 5 years ago that I attended my first Orange Conference. Six months earlier, I had been let go from my previous church in a massive down-sizing. I was in a bit of limbo as I knew that God had called me to Children’s Ministry, but just jumping  into another Children’s Pastor job didn’t seem like the right move. Even though I didn’t yet have a job, I made plans to attend the Orange Conference. As I dove into what the Orange Strategy was, I was overwhelmed. The principles that Orange was wrestling with were the issues that frustrated me most about ministry in the local church. YES, this was exactly where I needed to be. As I got closer to that first conference, I was hired as the NextGen Pastor of Gateway Church in a position that was best suited to leverage a strategy like Orange. I drove to Atlanta five years ago so excited… as if everything was about to change. Oh how it has!

The past five years have been amazing. So much has transformed in my approach to ministry and yet I feel like I’m still just getting started. I’ve met so many people who have impacted me in amazing ways. People who have made significant waves for the Kingdom of God in the local church have sought me out to both mentor me and actually ask me for ideas. What a wild and crazy ride.

This year I go into Orange with a totally new frame of mind. I’m helping to lead a NextGen/Family Ministry Track, like nothing that has been done before. It is exactly what I needed five years ago. Five years ago, I knew 3 people who did what I did. About 6 months ago, I knew 30. Now I’m about to gather with close to 300. Although I’ve been able to craft an amazing track for NextGen leadership with an amazing team of communicators and the Orange staff, I’m so excited about all that I’m going to learn. I have a dozen or so questions that I’m bringing with me to Orange and the answers could have huge ramifications for what we’re doing in Central Texas.