So a few weeks ago I took about 11 staff/volunteers up to Dallas to experience the Orange Tour. POWERFUL! SIGNIFICANT! IMPACT!

Those are all words I’d use to describe the day. I’m so glad I was able to take my team to thisÂ experienceÂ and bummed that I couldn’t take everyone.

So, this week I’m going to share some of my notes, but not in the way I usually do. Typically when I’m at a conference, I’ll literally download all my notes from the conference onto this blog. This time I want to craft posts specifically dealing with something I heard that resonated with me. I want to blog more about that idea and possibly even strike up a conversation to explore it further. So, let’s get started.

Discipleship. I’m going to use this word lightly as there are many different thoughts and ideas about this word and how it is carried out. That’s not what this post is about… so don’t go after me about what discipleship is or isn’t.

Here’s what was said:

“You may put a child in a room and teach them truth. However, you’re not discipling them unless its the same voice every week.”

At Gateway we like to say that discipleship is life-on-life.

“Studies are showing that kids growing up in church with a consistent voice are more likely toÂ remainÂ in the faith.”

Let’s take it another step. What if that leader is in that kid’s life for three or four years? How about five or six? Isn’t it logical to expect that this leader (assuming the leader does more than just “shows up”) would have significant influence in the child’s life? Maybe that’s a little subjective. At least it would be logical to expect that this leader would have significantly more influence than the leader who is with a group of boys or girls every other week for a year.

If this is the case, why in the world would we not do everything possible to create this kind of environment for the kids we lead?

I know the excuses. I’ve said them. If you’re church only holds one service, you’re going to be hard pressed to find these kinds of volunteers. My only suggestion, beg your pastor to move to two services! I’ve done the one service model and I had leaders who served once a month as well as every other week. It worked, but it wasn’t best for the kids. You know it isn’t either, don’t you?

When that church went to two services, I immediately transitioned every volunteer to every other week scheduled. I was a littleÂ nervousÂ about it. I wasÂ afraidÂ that I’d have tons of volunteers bail. In the end, I lost two or three. Crazy. My fears were my own and didn’t justify me not asking for a greater commitment.

I’ve found that the thing usually stopping us from making the transition to every week volunteers is fear. We’re afraid to communicate such a big change to our current volunteers. We’re afraid that all our volunteers will quit. We’re just afraid. Truth is, most of the volunteers really don’t care. Give them a good enough reason and they’ll do just about anything. The quotes at the top of this post are two very good reasons to volunteer every week.

So, what’s keeping you for switching? What’s your story of transitioning to every week volunteers? 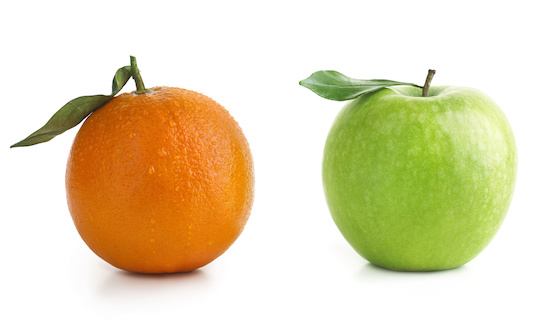