Well, you can tell a lot of people take Friday off, not nearly as many posts on the 4th day of Orange Week. I’m sure the 12 or so who did wrote theirs earlier in the week, huh? There were still some great posts, so let’s get into it.

We start this one off with a post from Pete Wilson’s blog, Without Wax. Pete starts off with a very strong statement, “There are few things more important to me these days than figuring out how to help our kids and students …Â I do know that weâ€™ll never figure this out until the church gets more serious about partnering with parents.” The post continues with Pat Rowland (Cross Point’s Family Pastor) talking about his theory about family ministry. He’s got great things to say and I loved how he finished it up by saying:

Michael Bayne talks about a giveaway he’d doing in conjunction with Orange Week. Last year he used a series from XP3 curriculum that greatly impacted his students and he’s giving it away. Be sure to check out his post, leave a comment and hopefully win some free curriculum.

Chad Swanzy wrote about partnering with parents in student ministry. It seems Chad hits what a lot of student pastors get frustrated about concerning working around parents or parents just getting in the way. I think it’s something that student pastors have to come to grips with if they really want t make a lasting impact in the lives of students, working with mom and dad.

Chad offers another great resource on Youth Leader Stash for families of teenagers as well as younger kids. It’s a family scavenger hunt, something a family could do on their own or with a bunch of other families. Check it out, it seems like a lot of families might enjoy this as well as experience great conversations along the way.

Sam Luce starts off his Friday of Orange week with YouTube Friday. This week: Annoying Orange. I have a love hate relationship with this little video series. It’s funny stuff, but incredibly annoying as well. If you’ve not seen it, you should check it out. If you have boys, they’ll love it… but you’ll have to decide if the fruit violence is appropriate. In addition to the humor, Sam shares some ideas he’s working on to empower families and push a gospel-focused vision or every family. He’s dong this through parent directed catechism and family events. Check it out, this stuff is good.

Jonathan writes a great post about the family side of all the changes he’s been making. He makes a very important point: “Let me be honest about something. Â A family ministry is NOT started with a curriculum change.” Right on! Read how Jonathan has been very intentional with his “take-home” material to truly support families. Some of us might initially beÂ disappointedÂ by the few people engaging, but it’s a positive step in the right direction. One of the best Orange Week 2.0 posts I’ve read this week.

Over on the Ministry to Children blog, Sue Miller guests posts. She addresses the frustration some Kidmin workers feel about the impact they’re making in the lives of kids. She address several of the things the church can do better than the home although there are many things that the home can do better than the church. The great thing about Orange is that its not either/or, but both/and.

At Kidmin1124, Lindsey Whitney writes about how her church has been transitioning to Orange. The biggest yellowÂ initiativeÂ they’ve initiated is staff meetings. It sounds kindaÂ weird, but when being intentional, it’s one of the most important things to be done. Check it out to see how Lindsey’s church us using staff meetings to integrate their ministry efforts.

Anthony Prince writes this day about how aÂ curriculumÂ shift helped them become more Orange. They made several changes in their strategy, but their curriculum and Sunday morning strategy didn’t support what they really wanted to do. TheirÂ switchÂ to 252 Basics and My First Look help set up ministry for the rest of the week.

Dan Scott invites the Middle School “guru” to post about Yellow Student Ministry. Guru Jon shares about the Cell Family concept he’s been leading for the last ten years. The fact that they’ve seen success in a method/strategy for a decade is worth reading alone, but it seems that they’ve maximized relationships in this model. Check it out, you’ll learn something for sure.

Matt McKee shares his favorite memory from a past Orange Conference. I’m just honored to have been a part of that memory. What you’ll see in the video is 5 friends who’ve only met for the first time a few days before sharing a meal at nearly 2 AM. What you didn’t know what that for at least 90 minutes after that, Matt and I were running Gina back to her hotel which I think was on the other side of Atlanta. Great times.

Another great day for Orange Week 2.0. I eagerly await what is saidÂ tomorrow! 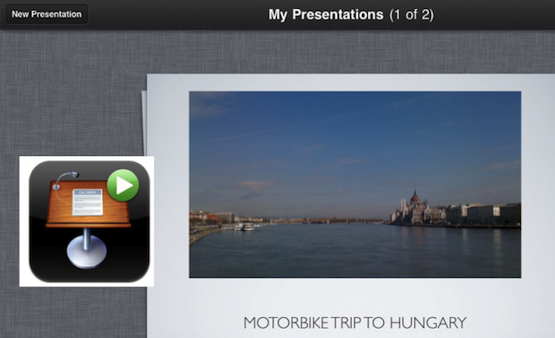