This is it, the last day or Orange Week. Here’s the recap of what was said:

Michael Bayne talks about one of his Orange memories, the talk Nancy Ortberg gave about conflict.Â Unfortunately, I missed her talk in 2010, but I didÂ experienceÂ her conflict breakout in 2008 and I have to say it was one of the most powerful breakouts I’ve ever been a part of. Something else Michael said at theÂ beginningÂ of his posts that’s worth repeating. He said the Orange conference is the only place where your preschool, nursery, elementary, junior high and high school pastor can all come together and be on the same page. He’s right, I’ve not seen anything else like it.

Chad highlights some of his best memories from the Orange Conference last year, including a video he made while flying to Atlanta. Chad’s a really creative guy who puts together amazing videos for both ministry and for his own enjoyment. He also remembers a conversation he had while driving to the tweet up with Sam Luce and Jonathan Cliff. I didn’t know anything about the conversation until he wrote a post about it 8-9 months later. It was a great read.

Then, byÂ request, Chad reposted another great Orange memory from 2009, the “Sam Luce” video. I’d almost forgotten about this one. I have to admit, I laugh out loud every time I see it.

I wrote about my favorite memories from past Orange Conferences. You’ll notice that most of my memories revolve around things outside the conference. No, it’s not a negative toward Orange. The Conference continues to get better year after year and I attend almost every breakout and sessions. But it’s the people I get to surround myself with and bounce the ideas I’m learning off of that makes Orange so spectacular. Some people jump from conference to conference. There’s nothing wrong with variety. However, if you’re just attending a conference for the speakers, then it probably doesn’t matter what conference you attendÂ becauseÂ most people who speak at Orange will be speaking somewhere else as well. But if you come to connect with other family-focused and like-minded people, then there’s no better place that Orange.

Oh, I also published a post about all the great badges you can put on your website to promote Orange. You can read that blog here or just go to the page of badges right here.

Sam Luce posted 10 things he’s learned from Orange Conference pasts. What a great post, fully loaded of inspiring moments and memories that bring a smile to my face. I mus admit, I’m proud that a memory of me made it to the top spot. Lanny, the answer is Tiberius!

Jonathan Cliff has tied me in the number of times he’s attended the Orange Conference. He does a great job summarizing hisÂ experiencesÂ from each. You should read his recaps, they’re great. It’s true, no Orange Conference is the same, each one unique in it’s own way.

Jared authored another post on Kidmin 1124 about what he learned from Orange last year even though he wasn’t there physically. He talked about Doug Field’s talk on leading and loving your own family and how it should be aÂ privilegeÂ to your family that you work at the church. Right now my boy LOVES coming to church with his daddy. I know that it won’t always be that way if I don’t really make his time andÂ experiencesÂ there special. Thanks Jared for the great reminder!

Wendy Douglas shares a very personal memory from Orange last year. She reflects on how she wasn’t that mom who truly led her kids spiritually, but ater reading Think Orange and attending Orange, she’s that catalyst for other parents to be that forÂ theirÂ kids now. Beautiful Wendy!

One last post on Kidmin 1124 from Theresa Haskins tells her Orange ConferenceÂ experiences. If you haven’t met Theresa, you’re missing out. One word. Enthusiasm. I don’t think anyone was as excited to be at Orange as she was! Ha! I do like what she had to say about Reggie. I’ve only met him a few times and know him better through other people, but from what I know, he really is the real deal. Humble and unassuming… passionate and a beating heart for what you hear him say.

Dan Scott shares the story of his role at Ada Bible and how they turned Orange and built a Family Experience slowly over the period of five years. This is a very refreshing story as I think most would agree that Ada truly is an Orange church, setting a standard for so many others to learn from. Thanks Dan for giving us a peak behind the scenes.

JC writes about a beautiful experience he had this weekend with his family and his brother-in-law who has Cerebral Palsy. He noticed how his parents serve their son so selfishly week after week, year after year. Seeing this kind of life played out in front of you is humbling and it’s hard not to be affected. JC shares thoughts about serving the community in a similar way as well as serving families with children like his brother-in-law. Don’t miss this one.

Well, I think that’s the end of the road. Another Orange Week in the books. If you’ve been reading these notes, you’ll know that some pretty incredible things were said/written this week. I’m still processing. That is the power of community and collaboration.

Well, expect some Orange Week spill-over this week. With writing all these long recaps, I know I didn’t finish saying everything I intended, so there will probably be a few more coming from me. Also, don’t forget that Tuesday, October 5th is the first day of registration for the 2011 Orange Conference. Do it! Sign up! Don’t wait! I can’t wait t see you there!

Tax Preparation for Kidmin: On Sale! 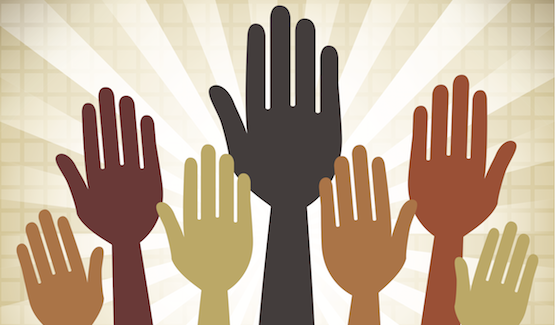