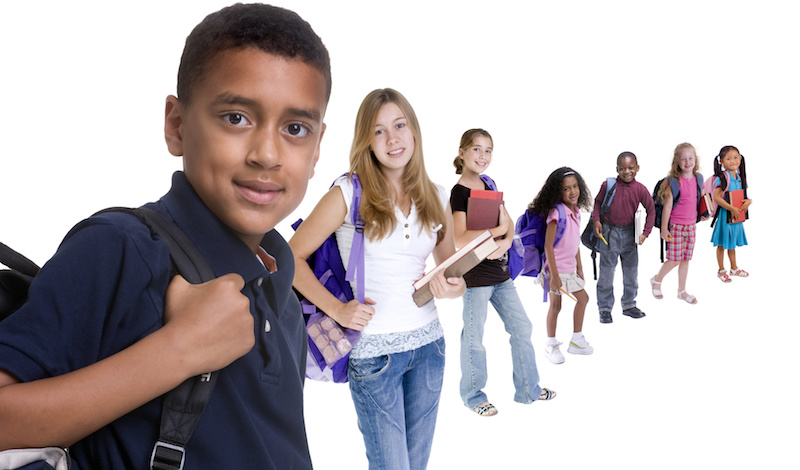 Do ages really matter? Yes, but not the way you’re thinking. There was a time when everything I led was age specific. I had a student ministry who recruited their own small group leader, and elementary ministry who created their own small group leaders and a preschool ministry that did the same. Each ministry leader who have sworn that their leaders were different from the same leaders in other age groups. As an outsider (they guy who oversaw all of it), I saw far more similarities that differences.

Whether you’re thinking of building a more integrated NextGen ministry (infants through high school) or simply a better integrated kidmin, consider dropping the age priority on a significant number of your volunteers.

Yes, a preschool storyteller will communicate on the stage differently than an elementary storyteller. A small group leader for high school kids will relate to their group differently than if the group was comprised of 3rd graders. But most of what they do well are skills that work with any age group.

Several years ago, I hired an elementary large group director who was a phenomenal volunteer recruiter. Within a few months, we had more elementary production/tech volunteers than we actually needed. A year later, we launched a new large group environment for preschool. Rather than start from scratch, we launched our preschool tech team out of our elementary team. Running lights, audio and video was almost exactly the same in preschool as it was in elementary. It turned out that some of our volunteers had preschool aged kids and were excited for the opportunity to serve in their environment.

Several months ago, we had a Sunday where a number of our small elementary small group leaders were going to be out. It was enough that we couldn’t just combine groups. We ended up talking to the student pastor and for that week, he loaned elementary a handful of middle school small group directors. They loved it, the kids loved it and it was a win for everyone. A number of years ago, we had a volunteer come onboard who wanted to lead high school girls. At that time, we didn’t have any openings for high school girls. However, we did have a significant need for a 5th grade girls small group leader. After giving it some thought and prayer, she said yes. She was one of our best elementary small group leaders and a year later, she moved up to high school when there was an opening.

Not every volunteer is interchangeable this way. There are plenty of preschool volunteers that really should stick with preschool. The same is true of some middle school or high school volunteers. But to not consider how versatile many people are because of the few who aren’t is incredibly limiting.

We actually found that one of the most efficient ways to recruit volunteers is to not worry about age group until later into the process. Rather than recruit preschool small group leaders, high school tech volunteers or elementary hosts, we would just recruit for the role. We cast vision for what serving in that role looks like. We talk about the difference that can be made and the skills/abilities required. Once we connect with that leader, get to know them a little, we might suggest an age group we see them serving in. There have been many times where a volunteer seemed to desire serving in middle school, but our greatest needs was older elementary. We’d suggest a 5th grade role explaining that they’d be set up to get to know a group of kids and then transition with them to middle school the following year.

If you start to think about volunteers this way, it means you already started thinking about staff this way. Maybe you really don’t need an elementary director or preschool director. What if you had a small group director that recruited, developed and cared for small group leaders in every department? With coaches and coordinators, the volunteers would have consistent age group leadership, but they’d be better supported by a director that spent all of his/her time on this one role. What if you did the same for large group environments? Think the same way about operations or even events. Is it possible that you’d still be able to cover what you’re currently responsible for, but you might increase the quality because you now have staff focused on the things that matter most?

It’s time to truly evaluate what we’ve been doing for decades and consider something that might be far more effective.

Faith development of a child: Episode 4