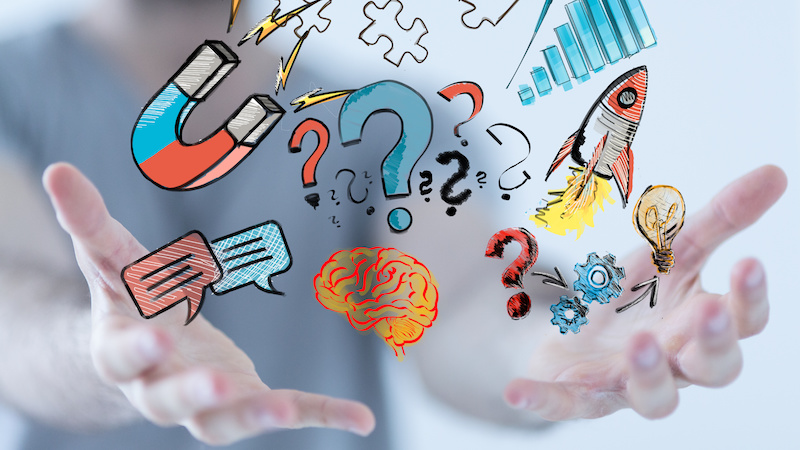 There are a lot of things that go into creating amazing Small Group experience. Everything from setup, environments, communication, supplies and everything in between. Honestly, logistics are a big part of creating dynamic group environments. I’ve learned a ton by seeing what others are doing, but quite frankly, I’ve had to figure a lot of things out on my own. Let’s not re-invent the wheel people. Here are some of the logistics to the group environments I’ve been refining over the past ten years.

For nearly 8 years at my church in Austin, TX, we struggled with the noise level in our small group environments. Small Group leaders would complain that it was too loud. They couldn’t hear their kids. Their kids couldn’t hear them. This will always be a challenge, but there are a few things to pay attention to. First of all, tell the sound guy to chill out on the background tunes. Your Large Group people are going to want to create an energized environment for kids to walk into. However, they’re always going to default to have the music louder than it needs to be. Let a coach or small group director be the one who decides how loud the music is. Second, there is one thing that makes ALL THE DIFFERENCE on a group’s ability to hear each other. I’ve been in Small Group environments with nearly 20 groups where everyone could hear each other just fine and I’ve been in Small Group environments with 5 groups where no one could hear very well. Acoustics matter. Ambient noise matters. But one thing trumps them all. Group Size. If the small group has more than 10-12 kids, your group is going to struggle to be able to hear each other. Where there are 8-10 kids in a group, you can huddle close together, but as soon as your circles get too big, kids start to check out and leaders get frustrated. You can either spend tens or hundreds of thousands of dollars on divided environmental spaces or you can recruit more volunteers.

I’m embarrassed to say that it took me a decade to learn this one. Kindergarten through Second/Third Grade groups doesn’t need to be gender specific. At my last church, I split gender starting in Kindergarten. As a result, I almost always had small girls groups and huge boys groups. Why? It’s harder to find great male small group leaders. However, if I had been open to having mixed gender groups in lower elementary let my female Small Group Leaders, I could put my male Small Group Leaders in my gender specific boys group in 4th and 5th grade. If I had done this one thing, every one of my groups would have been smaller. When it comes to younger elementary groups, mixing the genders has a way of calming the groups down. A group of 10 first grade boys can be absolutely WILD. Throw in a couple of girls and those boys will chill significantly. Mix it up a little for the sake of manageable groups.

Currently, I have elementary small groups meeting in one large room. I have four groups for every grade. We were having several issues. In the attempt to solve some of these issues, we discovered solutions to other issues. We kind of stumbled into some of these things, but it’s worth sharing as they’ve turned things around for us. First of all, we had all 16 of these groups spread throughout the room. The only thing that designated these groups was an ottoman and a white board. We had just transitioned kindergarteners into this large room and leaders were concerned about crazy kindergartners without any boundaries. The solution? We bought 4 orange rugs for the 4 kindergarten rugs. Since 1st-grade groups met right near kindergarten, we bought them four blue rugs. A few months later, we went ahead and bought green and red rugs for 2nd and 3rd-grade groups. Now every grade had a color. The room looked much better and we created defined spaces, but we were having other issues. Kids didn’t always know what circle to sit at. 2nd graders knew to sit on the green rugs, but which ones? As we were just finalizing the transition from every other week volunteers to every week volunteers, we were ready to make one more transition. At every grade, we put four different color rugs. So we had a red, blue, orange and green rug at each corner of the room. Then we actually assigned our small group leaders to that specific rug. When a kid attended for the first time (or the first time in a long time) we would remind them to find the color they sat on the next time they came. Kids don’t remember names very well, but they can remember a color. Because of the rugs, we help kids remember where they belong.

Hopefully, these logistics are helpful. There are far more than I can write in this post, but stay tuned as more are on the way. What logistics have your thought through to create dynamic small groups for your ministry?

Show me the registration forms!