This excites me very much. Austin is a Texas exception to the rule. It’s a liberal town in the middle of the Bible belt. I recently saw that only 10-15% of the city attends a church. So, there is a lot of work to be done.

However, there are a handful of big churches in this town that have a lot of influence. So, at least this city does have a voice.

I remember reading a book about six years ago that changed everything for me. I was in a mainline denominational church where I was a little frustrated. I picked up the book “Beyond the Box” by Bill Easum. It talked about churches that were doing creative new things to reach their communities. The two chapters that excited me most was the chapter on multi-site ministry and the concept of “a church in a city.”

Two year later I would become a part of a multi-site church. It was very exciting to see this realized. It could be that this next year I could get an opportunity to experience this “a church in a city” concept. If you don’t know what I’m talking about, let me describe what’s happening.

Last week my pastor went off with about a dozen other pastors here in Austin for a 24 hour retreat. Their agenda? Pray. They Prayed for our city and how they collectively could reach the city for Christ. During this retreat, many of the pastors submitted to each other’s leadership, committing their churches to be less so that The Church could be more. So, somethings happening when churches start coming together to plan out how to reach a community. What would it look like if a community felt a tangible difference made by multiple churches working together? Churches are notorious for not working together. It’s a reason many people are turned off by church. This is “a church in a city.”

So, pray for Austin. Pray that The Church would be Jesus to a community that is far from God.

They always wait until the last minute!

Faith development of a child: Episode 3 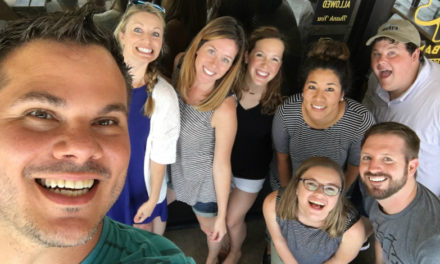