Thankful for my southern princess peach 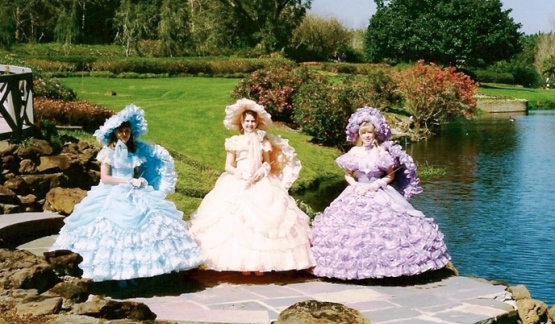 A couple of years ago, we started the tradition of watching the Macy’s Thanksgiving Parade on Thanksgiving morning (I’ll not comment on my increasing disappointment with the parade). No matter how busy the day is with food prep, Sara does her best to sit down and enjoy the parade. Why is the parade so special?

If you watch the Macy’s Parade, you’ve probably seen the Azalea Trail Maids. They make an appearance every other year in the iconic New York Parade. More than a decade ago, my wife was one of those Trail Maids. Living in Alabama, Sara was selected to be an Azalea Trail Maid during her senior year of High School. She’s the peach one in the middle.

I’m glad to have simple traditions with my family and so glad I got to marry a peach princess!