One more Ultimate Lock-In… in the bag! As further detailed here, I carried out the 2007 Ultimate Lock-In on Friday, April 20. Probably due to my youth and my quest for fun, I keep my kids up late. Many times, my kindergartners start dropping like flies once we get past the 2:00 am threshold. It was great fun and I think I’d only change a few things.

Because we offer a celebrate recovery program on Friday nights, we had to rent out a recreationfacility. Becasuse the facility doesn’t close until 8:00 PM, we couldn’t start our lock-in until 9:00 (the latest I’ve ever started a lock-in). Due to some poor planning on my part, it took a little over 45 minutes to get all the kids registered. Next year I’ll have three check-in stations instead of the one. Families coming in had to check-in (they pre-registered the week before) and then pay (we’re not yet set up to do online payment… soon. I’ve found that in the past, there are people who said they turned in an envelope which never turned up or that someone put the check in the offering. That’s more hassle than I need, so I make everyone pay there). They turn in their liability release form and then get a garbage sack for the luggage that will get sent back to the church on the uhaul truck.

While the kid were getting registered, we had kids playing in the double gym. There was a little bit of chaos as this time was a little more “free time” than I would have liked. Again, my fault. I really only had “just enough” leaders to handle the lock-in. Normally I would have an organized massive groups game going involving all the kids or I would have had a strong leader doing this. Truth be told, kids seem to do better with this organization and it doesn’t look quite as chaotic when parents are dropping the kids off. Next year I’ll make sure to get this part right.

I began by going over the rules and the consequences. I lay down the law pretty hard, ensuring that everyone knows what is and is not acceptable. It must have worked… we didn’t have any behavior issues. We then broke into 12 pre-assigned groups, double checked that every kids was where they were supposed to be and then started the rotations.

K-2nd grade got first dibs on the pools. They were about 30 minutes late getting there, but the kids wouldn’t really notice. The 3rd-5th graders started their rotations through the gyms and the snack room. Not 20 minutes into rotations and someone from my staff came running up to me to let me know that one of the kindergartners puked in the pool! YUCK! (My wife and I always make predictions on how many kids will throw up at the lock-in. There is always 2 or 3. But this was on a whole new level of gross. In the pool… and we hadn’t even given him any coke or pizza yet! ***See below for comment about this***

So, the younger kids sat out for 30 minutes while the lifeguards cleaned up the floating chunks (I couldn’t resist) and pour enough chlorine into the pool you could taste it in the air a mile away. No really, it was strong. Your eyes began to burn the second you walked into the swimming area. Later when I got in the pool for a while, my eyes were bloodshot within seconds. For the rest of the night, everything was a little cloudy… I think the chlorine burned my retinas.

When we switched swimming groups, we were back on schedule (this happened at midnight mind you). I was actually suprised at how quickly the k-2nd graders actually got out of the pool and changed again. I did help the leaders working with the K-2nd grade boys… since rounding them up is like herding cattle. Several boys decided to jump in the showers to rinse off… they didn’t think far enough down to think that having their belongings in the shower would be a bad thing. They’re kindergartners, it’s what they do.

After finding missing shoes, missing underwear, missing shirts and everything else, we finally got them out. There had to be about 20 K-2nd grade boys walking around with only one sock (The 3rd-5th graders were actually only a little better than this). The older kids swam for 2 hours and the younger ones went through their rotations. By about 1:45, we loaded the K-2nd graders on the busses, check them twice and sent them off to the church. The older kids got out of the pool, changed and finished off what was left of the snacks. It was 2:00 AM and they were hungry. We did some more group games in the gym and eventually loaded them on the busses by 3:15. The bus ride was fun, loud singing and funny jokes. I think the girl’s bus sang every Hannah Montana song out.

We got back to the church by 3:45 AM. There were a few sleeping bags missing (turns out a few K-2nd graders thought they were theirs), but we got everyone down, turned on a movie and withing 10 minutes, 90% were asleep. A few leaders slept, and a few of us entered the realm of slap-happiness for the remaining hours. We decided not to wake up the kids until 10 minutes before parents came (we were really tired and a feeling a little lazy). Parents came in, helped their kids get their stuff, grabbed a pop tart and went home. Beautiful. By 8:30, the last kid left and I was on my way home.

Yeah, there were a few changes I will make for next year. There are a few things that could have been done better. I’ve never bussed the kids or rented out a facility, but those two ventures couldn’t have been any more successful. It’s the most I’ve ever had to spend for a lock-in, but we still walked away with $1000 to $1500. Oh, and the kids and parents haven’t stopped talking about it. Cha-ching! Big success!

Only 11 months and three weeks till The Ultimate Lock-In 2008. I better get some sleep! 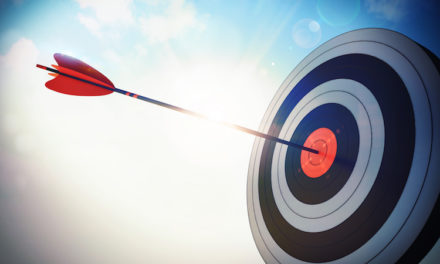