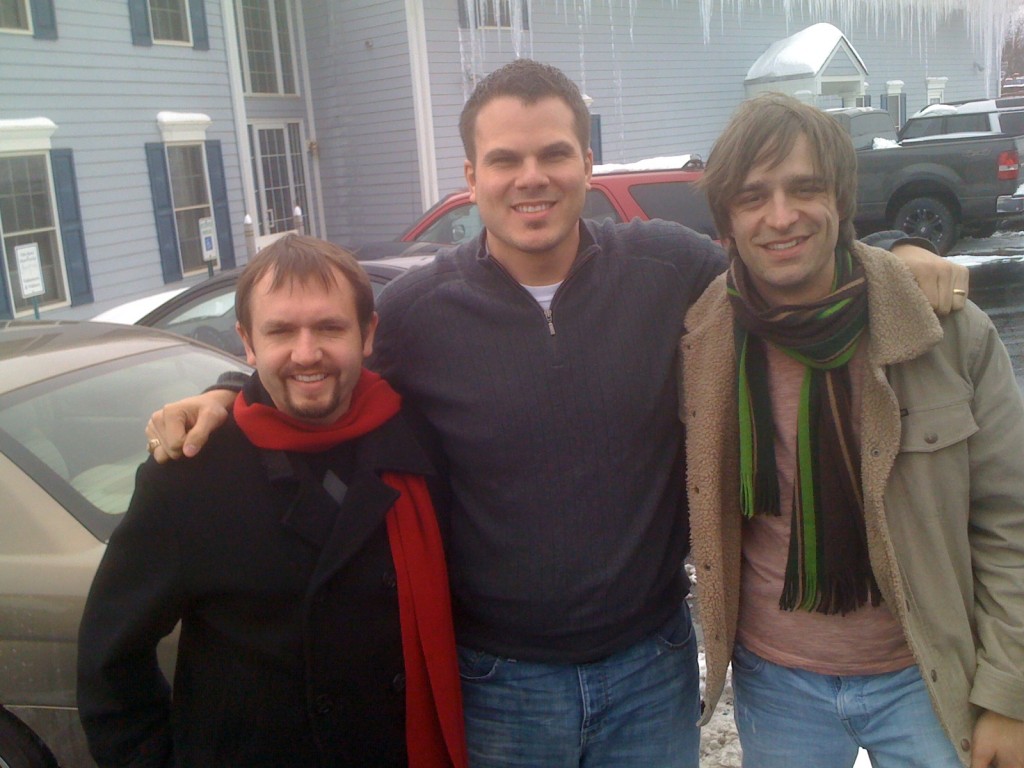 One of my favorite parts of my road trip last week was getting to spend half a day with my friend Matt McKee. He goes by many names though. The Ministry Monday Guy, or the Two Minute Tuesday Guy (After it was too late, Sam and I had the great idea to film a Two Minute Tuesday with Matt, when I pretended to be Patriot and Sam pretended to be Aslan) and the infamous Sign Wednesday guy. But if that’s all you think Matt McKee is, you’re pretty far off.

Matt’s one of the most creative guys I know and I only know a few people in Kidmin who are as entrepreneurial as him. He’s always thinking up new ideas. Whenever I’m naming something or designing something, Matt’s the first person I call. He was a significant force behind G-Force curriculum and Elevate curriculum while he was on staff at Fellowship Church. Although he’s been serving at smaller church in Cincinnati, he’s working on big stuff that will influence the world of kidmin. I really like hanging out with people like Matt. I’m better because of it. 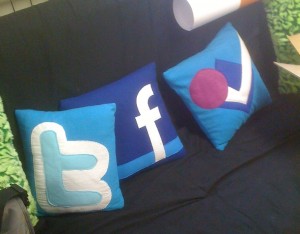 So, Matt McKee is the social media king. Well, maybe not the king, but he’s at leas the mayor. He was on twitter for at least 9-10 months before it got popular. I remember hearing him talking about it long before I decided to check it out. So what does every social media mayor need? Social media badge pillows for his couch. I respect for him went way up when I saw these. 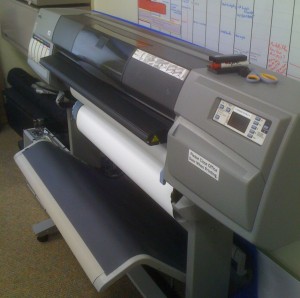 So here is Matt’s legendary wide-format printer. I actually first met Matt at the C3 conference back in 2002 or 2003. At C3, they were always encouraging people to use plotters, and I had a few conversations with Matt about wide format printers. He also hooked a brother up with some wall calendars last year. I just felt complete seeing this. Matt’s the sign guy, and here’s his sign maker. 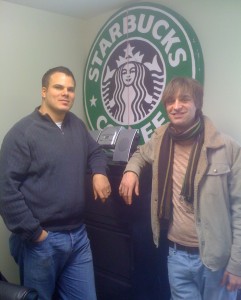 This one here is my favorite pics. I call it one of my bucket-list pics. Every time I video chat with Matt, I see this Starbucks sign in the background. It looks good, huh? It’s made of Styrofoam with green and white paint. When you’re up close, you see it was hand painted and such, but from far back, it looks like he swiped it from a Starbucks. About 6 months ago I got a picture with Jonathan Cliff’s infamous tree. Now I’ve got a pic with Matt’s Starbucks sign. Now to work on my other items… that will probably be the next road trip.