My post last week on reinventing VBS was quite popular with a handful of comments. It doesÃ‚Â sound as if those in the blogosphere are or have reinvented thier VBS… or ditched it all together. Now, I know that many of you would agree that the methods of VBS is a little “old school.” If’ you’re reading this blog, chances are good that you’ve moved beyond flannel boards in Sunday school. So, my posting an inquery on a blog about reinventing VBS probably doesn’t reach every demographic. But, it was good to hear what you guys are doing as well as churches in your area.

It seems a common thread among rants about VBS (including some I’ve heard from staff at my church) is something like this: “Why would we invest the time and the money into something that is little more than baby sitting for our kids and the kids of our neighbor churches?” Absolutely true. I know that this is the main reason why most churches ditch VBS and a major concern the leadership at my church had about my desire to run a “VBS type” program. Ultimately, it all comes down to your VBS philosophy. If you don’t have one, then you’ll probably be baby sitting your kids this summer.

Maybe philosophy isn’t the best word… let’s use intention. What is your intention for VBS. SomeÃ‚Â design VBS to be a spiritual growth engine for their own kids and offer it on Wednesday nights during the summer. That’s intentional VBS. OthersÃ‚Â designVBS to be effective outreach ministry to unchurched kids. That’s intentional VBS. Those who don’t really have a philosophy or maybe just “hope” lots of kids will get saved and “hope” kids will grow in their faith may see mixed results. In the end, they may get frustrated that VBS was another place where churched parents dropped their kids off for the week.

Several years ago I spend 10 days in Malaysia working with children’s ministry workers. They were very serious about evangelism and several of the churches had a policy that if you did not bring a friend (one who didn’t attend), you couldn’t come. An unchurched friend was your ticket in. That’s intentional VBS.

So, as you pan VBS (probably for 2008 since mostÃ‚Â are well into it now), define your intention. What is it that you really want VBS to be? What kind of results do you want to see? Then create strategies, policies and procedures that guide your VBS toward achieving these goals! VBS will be what you make of it, so make it what works best for your church mission! 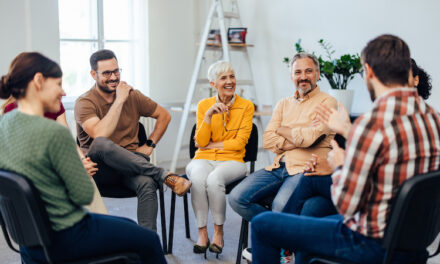 The Preparation for Baby Dedication Class