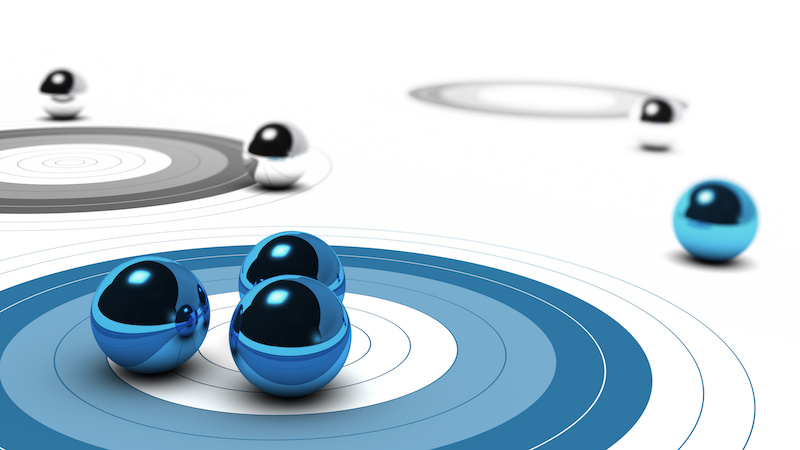 Gina McClain unpacked a critical idea of building a healthy small group culture around the idea of “know your bullseye.” This post introduced the idea that organizations are better when one thing is central. Most churches and organizations have a hard time narrowing down to one thing. They have seven, or five or three. As noble as it is to say that your organization is about three things, there’s something that is lost in the process. When several things are most important, nothing is most important.

When I first heard this idea, I was frustrated and confused. I heard this as saying that I could only do one thing. I heard that if f I did too many things, I’d be unsuccessful and I was just having a hard time seeing my ministry only doing one thing. I was new to this concept and I was missing the point. Although I do believe that less is more, this idea of having something at the center doesn’t mean it’s the only thing you do. It means that EVERYTHING you do needs to POINT to the one thing that’s central. This is a big difference.

In some ways, we had to redefine our “why” for everything we did. Why did we do camp? Why did we do certain events? Why did we send out these resources? When our why pointed to the central idea, we gained traction toward what we believed was most important. I wanted to show you practically what this looks like. Over the years, I have shifted my ministry toward groups. I’ve seen other churches do this really well. Let’s explore some examples:

Membership/Involvement: We want every kid who attends to feel connected. Early in my ministry, I felt like this was my job (even though it was numerically impossible). Over the years, we unpacked what it looks like to belong. We wanted to define community in our ministry. We recognized that we could do this best within small groups. Although every kid would have a small group experience any Sunday they attend, Small Group leaders had the contact information of the kids who attended a specific number of times over a specific duration. Once a kid was considered a regular, the small group leader would begin to engage with that kid at church and outside of the church. We could communicate to parents, just pick a service time and start coming regularly (more than just once a month) and your kid will experience amazing community.

Activities/Events: The first year I was in ministry, I did a lot of events. Dozens of them. It was fun and tiring. The kids loved them and so did the parents. However, making Groups central shifted how we did events. Kids still got to experience events, but I stopped hosting them. We’d actually encourage our small group leaders to plan and organize events. Some would put together a pizza party. Others would organize a meet-up at a new movie. Some group leaders would team up and do something together. When we would actually plan an event at the church, it would be very group driven. The point was to create an opportunity for groups to hang out.

Communication: We do send emails to ALL parents every now and again. The open rate for such emails is what you would expect. However, we started to change the way we communicated to parents. Instead of sending a massive email blast to all of our parents, we would send the template of an email to our small group leaders and ask them to send an email to the parents of their kids. Yes, some of our small group leaders didn’t get it out. Yes, many of our kids weren’t connected in a regular small group. Yes, it would be easier if I just sent the email. However, engagement went through the roof. Generally, when I’d send a parent email, I wouldn’t hear anything. When my small group leaders sent an email, my inbox would blow up. Parents would email me, showing me what they had gotten from their kid’s small group leader. Small group leaders would email me showing me responses they got from parents. I’d venture to say that the same number of parents were reading the email, but the engagement was gangbusters.

Milestones: I love when I have the opportunity of lead a child to faith or baptize a child in my ministry. You know what’s better? When you do a baptism service where a couple dozen kids are getting baptized and you don’t get to baptize any of them. One of my favorite things of all is when I see parents and small group leaders baptizing kids. How amazing is this? I’ve even seen small group leaders dedicate babies at our child dedication events who had older siblings that were in their group. When you equip small group leaders to understand and value spiritual milestones, they’ll help kids and parents get there.

See, it’s not that we just did less. We still did camp, mission trips, events and so many other things. However, we changed the way we did them. Every time we did one of these events, small groups benefited. Our exerted energy wasn’t diverted to different things, but all pointing ton small groups.