Why I love that Hollywood is making Noah 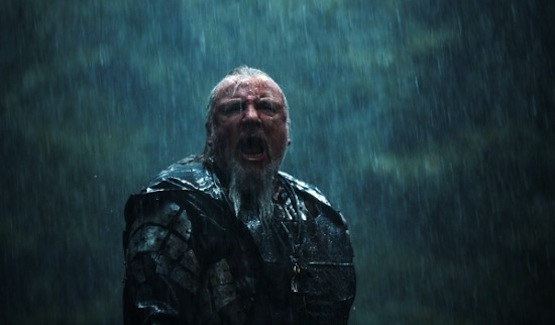 In case you haven’t heard, Noah is coming to the big screen this Spring. See the trailer below:

I love a good movie and the trailer indicates that this one could be pretty amazing. They seemed to spare no expense when it comes to the talent. Oh, and the visual effect loop pretty amazing too.

Here’s the problem, there’s going to be lots of talk about this movie as it comes out. There will be a big debate as to why every Christian should go out and see this movie and take a non-believing friend. Churches will likely book showings. Then there will be others who will demand that Christians not go to the film, how the inaccuracies dilute the truth and will confuse people. The Gospel Coalition blog wrote a great article about this situation.

Honestly, I don’t care about either position. When it comes down to it, the story of Noah tells a story of God’s love for his people, about God’s righteousness, and a man’s obedience and faith in God despite all other challenges. It’s an amazing story and when most people think of Noah’s plight, their imagination conjures up images or we remember the drawings from our Children’s Bibles.

One thing Hollywood does well is tell stories. Through drama, dialogue and stunning visuals, they have the ability to tell stories in amazing ways. Almost 20 years later, I think about the burning bush scene from Prince of Egypt and I still get chills. My imagination never saw that part of the story in that way. I’ve used that scene on more than one occasion to retell that story to kids… and it fills the mind with wonder.

It’s true, the film could become a blockbuster and present God or Noah in a way that contradicts. It might even be best going into the movie expecting that, what else should we expect from Hollywood. However, I expect that this film will portray many aspects of this story in a powerful way. There will be scenes that will fill us with wonder and I expect we’ll use clips as illustrations in kid, student and adult environments for years to come.

So, I’m going to the movies this spring to see Hollywood’s rendition of the story of Noah, not as a wary skeptic but as someone excited to be filled with wonder through superb acting and high-tech special effects.

Question for the CMO tribe