Ha! I really couldn’t think of any title more appropriate!

On Thursday I got the call from Gateway Church, a church I’ve been talking to for the past 10 weeks. In just a few weeks, I’ll officially begin my new position as the Next Generation Pastor. This entire process has been an absolute blessing and a testimony of God’s goodness. I’ve already written this story out once today on my personal blog, but for this blog my audience is different. So, here goes.

Six months ago I was sitting on my couch with my wife having a very difficult conversation. My church was an amazing church doing some incredible things in North Texas; however, responsibilities were weighing heavily upon me and my heart was not engaged as it needed to be. In addition to this, my wife really felt stuck. She was working for the church as well for 20 hours a week; however, now that she was a new mom, she really did not want to work. Our house was a little too much for a one income family, so we felt a little stuck. Sitting there on the couch, we considered our options. We didn’t really have a solution at the moment. Little did we know that God did.

One week later Cross Timbers let us go along with 14 other staff members. Even in that moment, I sensed God was doing something. I felt the weight I had been bearing for so long lifted. I was very assured of God’s calling on my life, I just wasn’t sure about how things were developing. For me though, getting let go was like a punch to the gut, certainly to my pride. Never did I ever see myself in this situation. Certainly there had to be a better way to guide me along my life than this.

Interestingly enough I had already talked with Central Christian Church a few days before I had been let go. I really thought that maybe this was the way God was leading me since I actually had a head start on the process even before I had been let go. Once we got past Thanksgiving and Christmas, Central flew the three of us out to Vegas. At this point I was certainly interested, but I had some reservations. I knew it would be absolutely incredible to work at this incredible church and with Dale Hudson (Elementary Director on the Henderson Campus); however, I just wasn’t sure I was a fit with with Vegas. Interestingly, I absolutely fell in love with their model for family ministry. I was familiar with the family ministry philosophy but knew little about it. Central understood this in the multi-site context, and they were executing it flawlessly. Something inside me lit up.

A few weeks later I got the call. I didn’t get the job. Actually, no one did. They had hit a tough spot financially and had to lay off some people too. They reorganized within the church filled the position internally. I was really okay with this. I think I understood why God sent me to Vegas. I think it was to present me with this thought. Hey, I got to hike a mountain and see Hoover Dam as well. Isn’t God cool?

I actually interviewed at one other church just two weeks later. It was a good opportunity and I loved the Sr. Pastor. It just wasn’t a fit either. It was one of the hardest things I’ve ever done, but I had to say no to that one.

Around this same time I registered for the Orange Conference. I actually made plans several months earlier to attend this conference. I’d been a little disappointed with some other CM conferences and I knew that some of the biggest names in CM would be at Orange. I just knew I needed to go. Once I registered I actually discovered that Oranges is all about student and children’s ministry in the family ministry context. ha! What the heck is going on here? I was beginning to think that something was going on here.

Later that week I got a call from a Church Staffing agency. They had my information. The consultant who called me said he had a client church looking to fill a position and this position had my name written all over it. He began to tell me all about the church (yeah, this one was Gateway). I had seen a posting for Elementary Director just a few months earlier so I thought the consultant was trying to sell me on this position. After tell me all about Gateway, I was kind of excited. What a cool church. Then he told me what the position was. Next Generation Pastor. Basically the position was to give oversight to all ministries, birth through college. My job would be to lead those leading these ministries in a family ministries context… among many other things. Oh,and Gateway is also multi-site, which is something I already had some experience with. So cool!

On one side I was a little overwhelmed. This was a big job. Certainly it was a big-boys job. Although there were several aspects of the job I was already familiar with, there were some that would be new challenges. However, I couldn’t shake this idea that God was preparing me for something just like this. I immediately bought John Burke’s (the Sr. Pastor) book and read it. I also began downloading the services in iTunes. It didn’t take long for me to fall in love with what they are doing. It’s edgy, post-modern, New Testament ministry happening in a very powerful way. A breath of fresh air! I was sold.

Eight weeks ago I spoke with the Director of Operations for the first time. We talked for about 2 and a half hours. I was back in Texas closing on my home, so we drove on down to Austin for a quick preview of what Gateway was like. It was a great time and we both agreed to go to the next level. Over the next several weeks, we had a few more phone conversations and I submitted several documents explaining my philosophy of ministry, ideas on family ministry and leadership of staff/volunteers. Since things were still positive, they decided to fly us out to Austin for a week. That was last week. It was an intense week… even brutal. Probably the most intense interview process I’ve even been through. I do appreciate that though. I think it gives me a good idea of what kind of people I’ll be working with.

I got back home on Monday and had to sweat it out a few days. I finally got the call on Thursday. YES! I’m so pumped! How amazing is this?

All I know is that God is incredibly good. And man is he faithful! God knew the desires of my heart. He knew I wasn’t happy. He knew the potential I had in me. He also knew exactly what I needed to learn to be ready for what was coming. What I took as a punch in the gut was God maneuvering me for something better. I have no doubt about that at all. So look out Austin… here I come!

Oh, and thank to to all of those of you who have been praying for me and my family. Even though I hardly know you, I love you all! You guys rock! 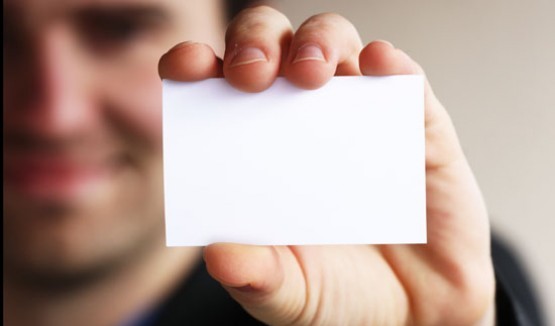