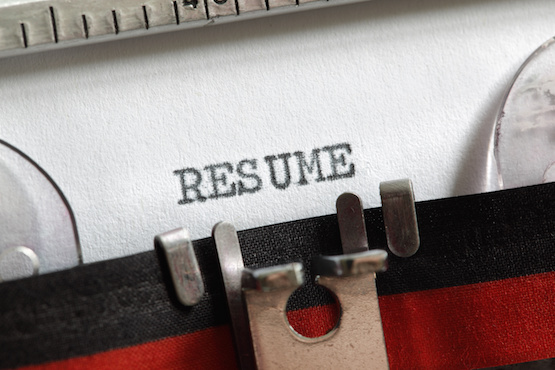 Every month I have people send me resumes. It’s smart actually. On average, I have a position come available every year. I have a position coming available in a few months that I haven’t started promoting yet. I often know people who are hiring as well. I admire those who take a risk and send their resume like that – it shows initiative.

Unfortunately though, most resumes I receive are junk.

This weekend someone sent me a resume and I was prompted to write back immediately. I actually wrote a long response because I truly wanted to help. However, my first paragraph contained the sentence, “Your resume is awful.”

But these are the same situations I see play out when someone makes a fool out of themselves on American Idol auditions. Who wasn’t a good enough friend to them to say, “You should NEVER sing in public!” I’d like to be that kind of friend.

I’ve responded to resume emails like this a few times, but no one every responds. Maybe my technique is off. Seriously, I’m not a jerk. If someone feels a calling to full time ministry, I want you to make it. However, if your resume is junk, you’re not going to get the opportunity you were hoping for.

All that being said, I’d like to share 3 resume tips that will help anyone’s resume become 10,000 times better.

The resume I received the other night was almost 12 pages long. That’s not a resume, it’s an assault on trees. I’ve worked in churches of less than 100 and churches of more than 5000 and my resume has never been longer than one page front and back. I’ve worked at five different churches and I can still fit everything in the same space. Here’s the hint that will help you. I have’t written that I was a lifeguard in high school since my first resume when I applied for my first job. In those days I was looking for content to fill the page. The first ministry job I had lasted four years. Now it fits on two or three lines on my resume.

If I’m applying for a ministry job, I don’t need to explain what my tasks were (something we often do). No one cares that I selected curriculum, led a Wednesday night program and took the kids to summer camp. Those things are assumed. However, you see what I did there? In those three lines, I created curiosity. You want to know how in the world I led 500% growth in 4 years as a part time college student, don’t you? Well, you’re gonna have to call me to find out what happened.

That’s the point of a resume. Create curiosity. Make them want to call you. Tell them what they need to know, but don’t tell them everything they’ll ever want to know. The goal of a resume is to win an interview. Write you resume in such a way that they’ll call you.

This is something my dad taught me and I believe it with all my heart. When I applied for my first full time job, I spent a week polishing my resume. The guy I had been talking to about the job asked me to send it to him ASAP. This was back in 2000 and I was planning on sending him my resume via a word doc. My dad insisted that I didn’t. He instructed me to buy some really nice resume paper (the thick linen type), go to a print shop so that it’s a clear and crisp print from a laser printer rather than my inkjet and then overnight the resume to the church.

He was right though. It’s still true today, but even more true back in 2000. I could spend hours formatting my word doc, but there is no guarantee that when my future manager opened my document that it would look the same way it did when I saved it. What if the only font on his computer was comic sans? Yes, my resume would look like a kindergarten teacher wrote it in the eyes of everyone who saw it. Not my resume. In a tall stack of resumes, mine stood out. Crisp. Clear. It even felt different.

I’ve never mailed a resume since then, but I’ve never sent my resume as a word document. That’s risky. I save the file as a PDF and have confidence that when printed, it will look the way I intended it to look.

95% of resumes are identical. Yes, content matters – but sometimes the presentation is what brings it to the top. Consider a strategy other than opening up the “resume template” on Microsoft Word. I’d even suggest paying a designer to make it pop. Yes, it needs to look like a resume, but how can a little color, typography and design make your resume someone’s favorite to look at?

Last thing I’m going to say about this, but I’m passionate about it. If there is a single typo or grammatical mistake in your resume, you’re a moron. Yes, that was harsh, but you need to understand the significance of this mistake. I get resumes riddled with typos. This is the ONLY part of the job process that you have 100% control over. If you can’t make the effort to get this part right, there is no way that I would ever hire you. I have at least 5 people read, review and correct my resume dozens of times before I send it off.

3. It’s all about the Details

Getting a job, especially if its a job you really want, is worth the time it takes to land it. Pay attention to the details and your efforts will pay off.

Too often I get that resume that completely perplexes me. I glance over it and wonder what job they’re really hoping to get. I know exactly what they did. They sent their resume to every job opening on churchstaffing.com. They hope that by sending the resume to dozens of openings, they’ll get a reply to one or two. It’s a strategy that seems logical, but it’s tragically flawed. Let me fill you in on how I, as the hiring manager, feels about the hiring process.

I hate it. I have an open position meaning that I’m probably juggling roles in the ministry. I’m a little stressed. When I sit down to look at the 30 resumes in my inbox, I’m usually frustrated by the process. Why? Because most people applying for the job are using the shotgun approach to getting a job. They use a resume that isn’t as relevant to the position as they apply for a position they’re not qualified. I’ll send 80% of my time wading through junk resumes to find the 2-3 people who are at least qualified or seem like they could be a match. Everyone else wasted my time. It took them 5 seconds to submit their resume, but it took me several minutes to see that they aren’t qualified.

I’ve worked at 5 churches and have written 4 resumes (yes, it’s a mystery). However, I’ve only sent my resume to less than 10 churches. Ever.

I applied to the churches I wanted to work at and the churches where I believed I met the qualifications and would be seriously considered.

When you are selective with where you apply, you can focus on the details. My cover letters were personal. They were written for each church and the position I was applying for. My references knew about the churches I was applying for because I told them about the church. When I sent my resume via PDF, I named my resume KennyConleyResume.pdf so that when the hiring manager was looking for it, it was easy to find. I’d politely email the hiring team/manager if a few weeks had gone by since I’ve heard anything. This attention to detail pays off. It shows the hiring manager what I’ll be like to work with, something most applicants never can because of their approach.

Take time to think of the details that will help the hiring manager understand who you are and what it would be like to work with you without overwhelming him/her with emails or phone calls. Spend a little extra time than the other candidates do, you’ll stand out.

A Children’s Pastor/Director is a worthy position. It’s a calling. It’s a challenging role and anyone who feels that God is leading them to that position, I applaud you. However, respect the role. No one likes the job search process, but if you are patient and pursue a role with excellence, you’ll be so happy when you land that role you deserve. 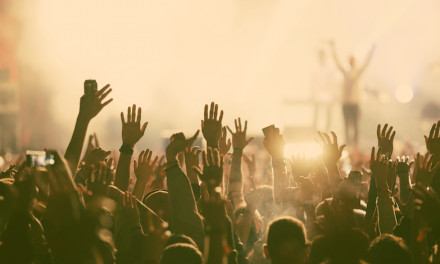 Childrens Ministry as a career? Kidmin has bad PR 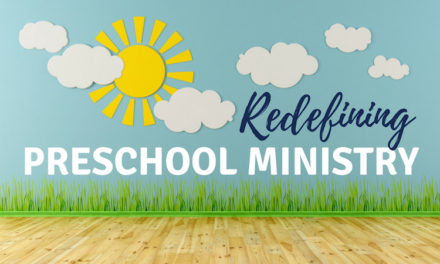