7 reasons why my volunteers serve every week 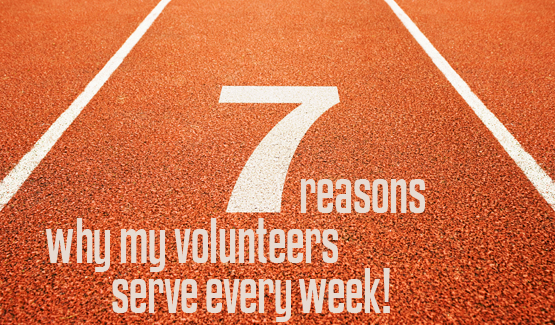 I don’t want to mislead you. This is a post why I’ve created a ministry environment where volunteers serve every week. The title isn’t 100% honest. 92.3% of my volunteers serve every week. I have a few legacy volunteers (less than ten wh0 have been serving for more than 4-5 years who have not transitioned to a weekly role). As persuasive as I am, I just haven’t been able to convice them… yet. I also have a handful of of volunteers who work on some Sunday’s like police officers, fire fighters and nurses. Those are the 7.6% of my volunteers who don’t do what I’m going to tell you about.

Okay, if we’re being 100% honest, I have a few others who technically don’t work every week either. My production volunteers don’t either. They work once a month, but they come in at 7:30 AM and serve all three services and don’t leave until after 1:00 PM. I’ve taken the liberty in saying that their 5.5 hours on one Sunday a month is pretty much equivalent to every Sunday volunteering. If you don’t agree with me, then the honest truth is that 75.7% of my volunteers (not including the few who can’t/won’t and my production volunteers) serve every single week.

Moving toward weekly volunteers was probably the best thing I’ve EVER done in ministry. When I started in ministry, I had volunteers serve once a month. We only had one adult service, so I felt that it was pretty fair. Later, I worked at a church where there were two services and I bumped up my ask to serving every other week. The transition was easier than I thought it would be. However, it was about 6 years ago where I and my staff transitioned our volunteer base at Gateway from multiple schedules (once a month, once every three weeks, every other week) to weekly almost exclusively.

The transition took about 2-3 months in elementary and closer to 18 months in early childhood. It wasn’t easy, but it also wasn’t a hard as I thought it was going to be either. If your church offers more than one service, here’s 7 reasons why you need to move to a weekly schedule for volunteers:

When we recruit, some volunteers (honestly, it’s less than you think) resist having to serve every week. Some ask, “why do volunteers have to serve ever week.” We simply answer the question with a question. “Do you have a child? Would you rather he/she be in a group with the same volunteers every week or a room where the volunteers are different every week?” Sometimes we even mix it up. “In school, would you child do better with a different teacher every day or the same one every day?” It makes sense. It’s not rocket science. Kids want to walk into a room where and adult calls them by name and asks them how they did on their test earlier that week and how their sick aunt is doing. It’s better for families.

I don’t want to stereotype here. I’ve had volunteers of every type and I’ve found that people who commit to serving weekly tend to be a different calibre than those who can only give you once a month. People who show up every week have a different level of ownership. We tend to feel bad asking people to volunteer, like we’re asking them to do something they don’t want to do. We have a tendency to minimize the ask and we end up getting a different type of volunteer. Leading a group of kids is a huge responsibility. Their eternity is on the line, right? I want a volunteer who is fully invested and you’re more likely to get that from the person who will gladly serve every week.

Every Thanksgiving my wife asks me to carve the Turkey. After years of butchering the bird, I found a really great video on YouTube showing how to carve the perfect bird. Every year I re-watch the video because I just can’t seem to remember everything. I only do this thing once a year. I’m sure that after a few more years, I’ll have done it enough to remember.

This isn’t any different with our volunteers. You’ll have better volunteers faster when they serve every week. Practice and experience trumps knowledge. Encouragement and training nuggets every week are way better than quarterly or annual trainings.

Scheduling volunteers is no longer your job

I’ve had staff who spent hours and hours every week slaving over the schedule. Now there is great software that will make scheduling easier, but it’s still a huge task to be managed. However, when your volunteers serve every week, there’s nothing to schedule. Sure, you’ll have to plug in subs, but that’s simple enough that a volunteer coordinator can usually manage that. I’ve also found that volunteers who serve every week are more likely to find their own sub as well.

You build a stronger culture

Culture is so important. Nothing saps a strong and passionate volunteer quicker than being surrounded by volunteers who just don’t seem to care nearly as much. When you’re able to gather EVERYONE together EVERY WEEK, creating healthy culture is so much easier. Teams are unified and friendships are more easily formed.

As a ministry leader, you do have a spiritual responsibility for those who serve in your area. How well do you know them? Do you know where they are struggling? Are you or a coach/coordinator connecting with volunteers outside of the weekend? Spiritual care is time consuming. What if  you only had so spiritually care for half the number of people you do now? What about a quarter? Less is more.

It really is easier. I’ll explain. Your church is only so big. There’s only a certain number of people who can or will serve in your ministry. There is a certain number of potential volunteers who jump on board with little effort. I like to call these people low-hanging fruit. The next batch of volunteers are more challenging. It’s going to take repeated emails and phone calls to convince them and schedule them for orientation. I’ve found that the low-hanging fruit are almost always just as willing to serve every week as they are for other schedules. The people who take more effort to bring onto your team are going to take effort anyway, just exert a little more effort to get them for weekly service. I will say this. It’s not twice as hard to recruit for every week as it is for every other week. It’s not. So why not exert a little extra effort and for twice the results.

What sold me was our first volunteer recruitment where we made the switch. It told my team before we started, “we’re only recruiting for weekly volunteers.” Everyone was a little nervous. We went into the recruitment campaign thinking that even if we only recruited half the number of volunteers as the last time, we’d be even. At least that was encouraging. We were surprised though. Would you believe it if I told you that we recruited the same number of volunteers at the “weekly only” recruitment than we did the previous time. I was sold. 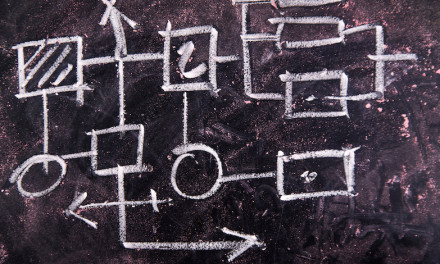 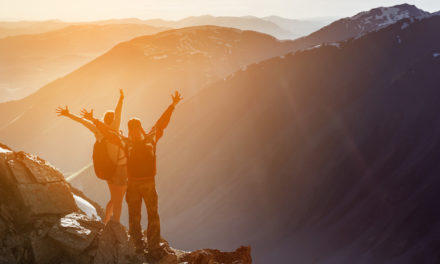 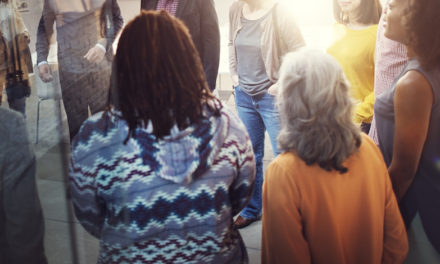